back to search results

An unidentified member of the band Journaleros del Norte, whose members are all immigrant day laborers, surveys the crowd from the back of a flatbed truck serving as a rolling stage during a concert at a peaceful Thanksgiving march to honor immigrant rights. The Journaleros del Norte play original music with lyrics that tell of the lives and challenges of journaleros, or day laborers. Some marchers in the crowd carried white crosses to represent those who died attempting to cross the U.S.-Mexico border during the previous year. The crosses are labeled with the names of men and women, their age, and the approximate date of their death. The march was put on by the Coalition for Humane Immigrant Rights of Los Angeles (CHIRLA), an immigration rights group based in Los Angeles, Calif., and took place in North Hollywood, California on November 25, 2009. Photo by Jen Klewitz 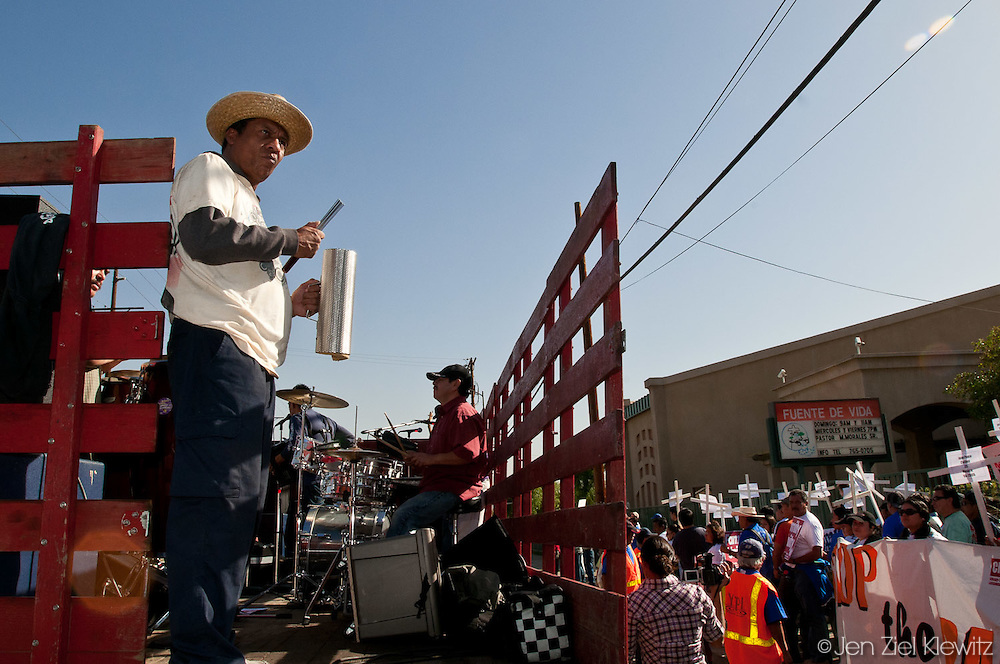